I entered my feminine form through the pelvic bowl of my mother, journeying from her womb out into the world on the day I was born. It was a long and arduous journey, devoid of pleasure.

{Until she held me in her arms, of course. Then let’s hope there was bliss.}

We all start life in a pelvic bowl, in the wombs of our mothers. From there, we are born into the world.

My entrance into the world was imprinted onto my being at a deep level, in what’s known as the limbic brain, that ancient, reptilian part of myself. My imprint was that becoming a mother is difficult and full of pain.

As I grew, I learned many things. Mostly I learned that you had to work really hard to get what you wanted, and that what we produce is the measure of our worth.

The need for pleasure was not taught nor emphasized.

I was a really hard worker. Getting things done and crossing them off my to-do list was what I considered satisfying, if not pleasurable. And if getting those things done meant pushing myself into exhaustion, well that was just the way of it. Truthfully, I didn’t even want to play if there was work to do ~ I could not stop until my tasks were complete.

This way of being was totally manageable before I had children. I could push myself hard, then relax completely into whatever it was I felt like doing.

“P” is for Portal Of course, everything changed with the births of my children, and there were three. With each one, I flew through a portal, rebirthing myself from girl into mother.

My first two were born, released from my womb by the pure force of my will.

I never surrendered to the energy of labor, you see. I never succumbed to the flow of birth. Instead, I held on to control with an iron grip, my claws digging into the skin of my husband’s arms as I pushed out my children, without the urge to push.

While both of these births were beautiful and profound, I would never have described them as pleasurable. The imprint of my birth pulsed through my reptilian brain, subconsciously projecting the difficulty and pain of becoming a mother. And becoming a mother certainly was painful and difficult for me, and I mean once I got past the births.

Now don’t get me wrong, I loved being a mother. I loved my children. There were many moments of magic and joy, and I reveled in those little beings who had been gifted to me.

However, those early years of mamahood were also marked by a constant, underlying anxiety. If you had asked me if I was anxious, I would have shockingly replied, “No!”

But the truth is that I could never relax. I constantly had to be in motion, trying to combat my struggle with motherhood with the accomplishment of tasks. Even if I didn’t feel great, at least I was getting something done.

Finally, I ran myself to the ground. Hitting rock bottom, there was only one place to go: back to the pelvic bowl, back to the womb, back to the beginning of existence. It was here that I got my wake up call, loud and clear, from the Divine Feminine.

{I would later come to know her as Pussy.}

Of course, deep seated patterns don’t change overnight. While my awareness opened exponentially, and I began healing places within myself, “pleasure” wasn’t a word I used very often. I still had lots to do, after all!

You see, I hadn’t yet learned to surrender.

Then when my first two children were 8 and 6, my third was born. A son. And with his birth, I finally let go.

With the birth of my third child, I tried clinging to control as I had in the previous two; I wanted to hold those reins.

I surrendered, and the urge to push came over me for the first time in all my births. Opening from within, I allowed Goddess or the Universe or Divine Creator to surge through me, bringing my son into the world.

I surrendered, opening to receive.

By this time, I had birthed three children naturally and in the comfort of my own home. I knew the power of pussy ~ although I would never have used that word, except maybe in the deepest throes of passion. However, I had yet to discover the power of pleasure {my imprint from birth still pulsing within.}

At this point, I had begun a business supporting women in preparation for birth. When I heard her talk about the ecstatic potential of birth, I was riveted. While my own experiences didn’t reflect the physical pleasure she spoke of, my body resonated with the truth of her words. I easily saw how birth was indeed on the same spectrum as sex, the culmination of the original ecstatic act.

And thus I began a journey. I thought I was simply seeking knowledge to better support my clients, but soon realized the journey was all my own. The divine hand of the feminine, reaching through the portal I had opened, nudged me onwards, towards my own pleasure.

I discovered that for most of my life, I had never claimed pleasure as my own. I had placed pleasure outside of myself, designating it as something that would come to me through other sources ~ from a lover or an object or an experience. Discovering that my pleasure actually belonged to me was revolutionary.

Following the golden threads of my pleasure, I was led into my body. The territory of pelvic bowl, womb, and yoni was already beloved and familiar to me; I was already enveloped in that sacred energy. Yet it was time to come out of the energetic realm and ground myself into my body.

Of course, my work is not over yet. I still get tired and grumpy and overwhelmed by my to-do list. But these days, my “work” is no longer restricted to the completion of that list; my work is now to unravel the imprint of my birth, the conditioning of my upbringing, as I learn to continually tap into the current of my own pleasure.

My pleasure, which is truly my power.

Because the beautiful thing is that when I do so, when I prioritize my pussy, following her guidance into pleasure, the universe opens up to me.

All I have to do is receive.

I’m passionate about providing you with inspiration, practices and resources for your highest pleasure in life and birth!

PS: Join me on January 5th for a complimentary gathering: Activate Ecstasy: An Introduction to the Feminine  Flow of Creation.

We will explore how to birth ALL our babies with pleasure in the new year, including our dreams & DESIRES. 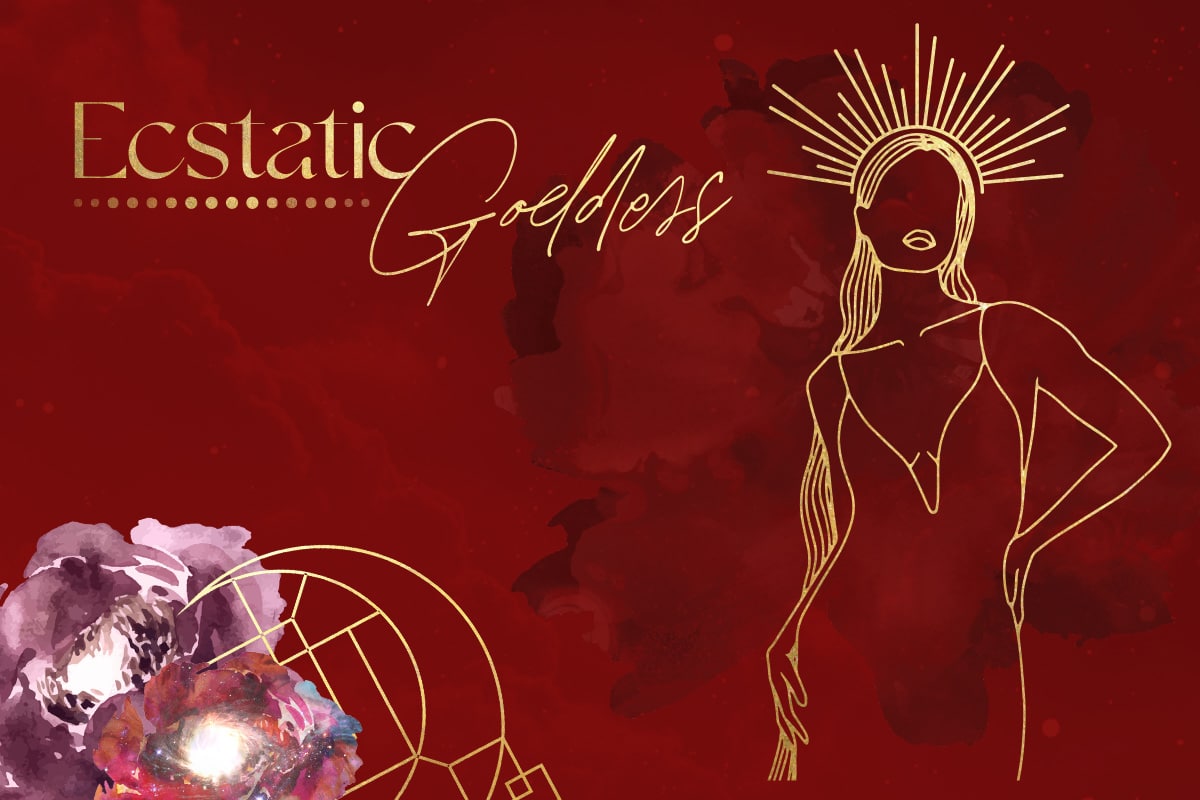 The Ecstatic Goddess Circle is an invitation to come together with others forging this revolutionary new path, one that honors the body and the feminine.

We will explore the underlying design of the Feminine FLOW of Creation™ - a blueprint that will lead you back to your body, amplify your ecstatic pleasure, and allow you to realize your deepest desires with ease and joy! 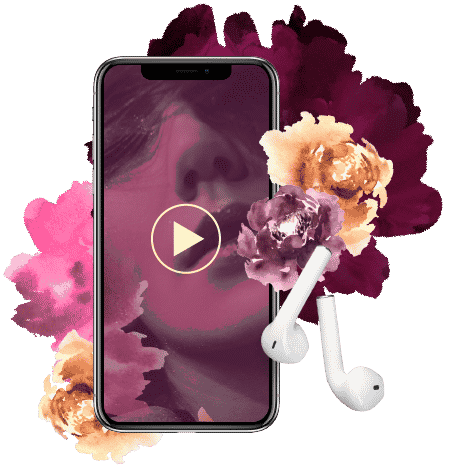 You will learn how these 3 elements can really support you in navigating intensity in a way that FEELS good.

Thanks for subscribing! Please check your email for further instructions.

Something went wrong. Please check your entries and try again.